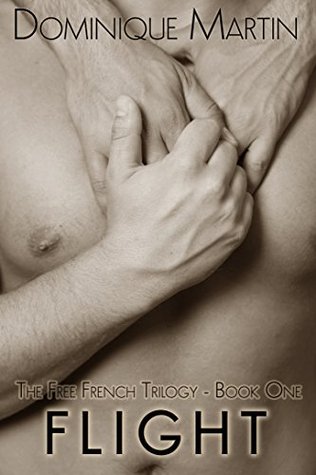 Anatole and Lucien were young and innocent when they met on the train to Paris.

Both going off to study, they thought they knew all about the world and what it had in store for them.

War however, was to take them down a completely different path to the one they thought their lives would take and would intertwine them forever.

Both men felt the attraction over their first few months in Paris but it was when the war began to alter their lives that they acted upon their feelings.

The journey that led them to the Free French army wasn't an easy one but they had each other.

During the war they managed to stay together, stealing fleeting touches wherever they could.

They ended each day with a simple 'goodnight', not knowing if either of them would survive another day.

When one of them is injured and sent home, it's 3 long years until they can be in each others arms again.

Both men just hope that their families accept them being together and they can finally live the life they dreamed of when they were both so young.

This is a beautifully written, heartwrenching tale of two men, who hold on to the possibility of a lifetime together.

Until one is hurt they hold back on declarations of love, just in case they lose each other.

The rings they both wear symbolise their love without the need for words.

The author helps you visualise what they go through, the blood, sweat and tears of a war that has the ability to rip them apart.