Storm Season and No Pressure by Elle Keaton 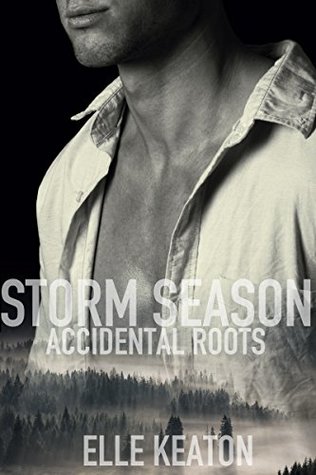 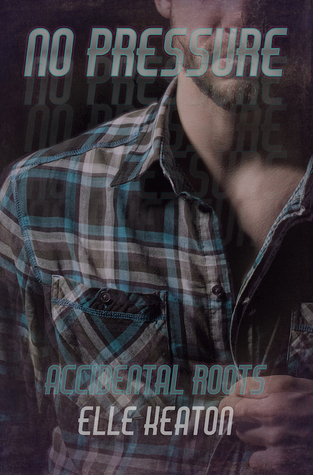 What a fantastic debut novel. I was gripped from the start and was so impressed by the story and the well-constructed characters I practically read this in one go, not able to put it down.

Adam Klay is a snarky, grumpy Federal agent on the trail of a killer when he receives news his father has passed away. He didn’t have a great relationship with his father despite never wanting for anything as a child and he returns to his small home town of Skagit full of resentment and anger. He doesn’t expect to find love because he has never known it and deems himself incapable of it. And because up until now he had never met Micah Ryan.

Micah is well known in the town as the one remaining family member still mourning the loss of his parents and younger sister in a car accident several years ago. He holes himself up in his family home and lives full of guilt and angst and heart break. He doesn’t feel like he deserves to be happy and prefers to wile away his days in the local coffee shop being pandered to by the owner Sara and trying not to let his clumsiness overwhelm him.

Without giving too much away, Elle concentrates the story on the developing relationship between Adam and Micah, as unlikely as it seems, alongside Adam’s reintroduction into small town life and a serious investigation that involves Micah and puts many people in danger. When the author focuses on the action it is fast paced and exciting. The story is full of mystery and suspense and danger. However, the character development is brilliant and all the individuals that support the main couple are really interesting and clearly have their own stories. Micah and Adam though are adorable together and their private selves so different to the images they portray to the world it’s heart-warming and angsty and terribly sexy. I love the way Adam is so stern with Micah who defies him at every opportunity. Despite all the doubts about  their feelings, their banter is great.

The story ends on a bit of a cliff hanger but that is more to do with the thriller side of things than Adam and Micah. It’s more of a tease of a thread that will continue into the next book. I was delighted to learn there was a second book because I wasn’t nearly ready to leave the town of Skagit behind. I was enthralled and entertained all the way through Storm Season and I’m going to utterly indulge myself and read No Pressure straight away.

I read Storm Season and not wanting to break the roll I was on delved into No Pressure immediately after and I’m so glad I did. It picks up where Storm Season leaves off but this time the story focuses on local Mechanic Buck Swanfeldt and hospital nurse Joey James.

Buck has taken over his father’s garage and with the help of his assistant Miguel, is prospering nicely. Buck is a huge gentle giant, quiet and reserved. He doesn’t have too many friends and prefers instead to concentrate on restoring cars. Until he meets Joey James. Joey was a few years older than him at the same school but he hasn’t seen him since. Buck isn’t even sure he is gay but a chance meeting with Joey makes him feel things he has never felt before and for the first time in his life, Buck wants to ask someone out on a date.

Joey James is a nurse at the local hospital and meets Buck when he brings Miguel in with a cut hand. He doesn’t remember his much from school but is absolutely smitten on sight and is excited to go out with him. That is until Joey starts to receive threats on his safety and that of his Mum. The story unfolds connecting the two books with the on-going investigation that Adam and Micah were caught up in. Once again the town on Skagit and all the characters we were introduced to in Storm Season reappear to support Joey and Buck and the dangerous situations they keep finding themselves in.

Joey is persistent and Buck is protective. Adam is still snarly and shouts at them a lot when they do silly things that put them in peril. Micah is on hand to calm Adam down and everyone else too. It’s a great story, equally as gripping a the first book with lots of twists and turns. Elle continues with the same formula as before. The action is exciting and terrifying and thrilling while the relationship between Buck and Joey just melted my heart. They are so sweet together and face so many challenges both physical and emotional you are left wondering whether it will ever work out between them. If that was angsty enough, the author also throws in a beautiful dog and a gorgeous little boy. I was finished by the end and thoroughly sated on every level.

I’m absolutely desperate to know if there is another book in the season being planned, but whatever Elle Keaton is up to next, for sure I will be reading it.