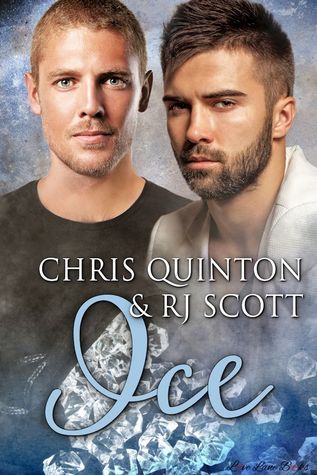 This is the second book in the series and we find ourselves back at The Laurels, after the fire and midway through the repairs.

Jon works with his uncle, their company is renovating all the wood that got destroyed in the restaraunt.

It's a long process and when his uncle Paul is injured, he finds himself hiring Greg.

For a young man he seems very skilled at his job but there is something else about him that Jon can't quite figure out.

Greg has a past, one that has led him to The Laurels on a different kind of job to the one he ends up with.

He is a thief, a finder of stolen and hidden gems from the past.

When his best friend was killed a year ago, he signed on for one last find so he could give his widow some money and live the rest of his life in peace.

The item he was looking for was hidden somewhere in the old building.

What he didn't bargain on was finally finding someone he could see himself settling down with.

The attraction was instant and the two men find themselves tentatively getting closer.

The trouble is that Greg's past is about to catch up with him in a bad way and Jon just can't find out.....

We get to see a glimpse of the guys from the first book as well which is good.

I really liked the book because as much as the relationship developing between the two men was lovely, there was a really great storyline as well.

Sometimes a second book is a bit slower than the first but this definitely didn't disappoint and I read it in one sitting.