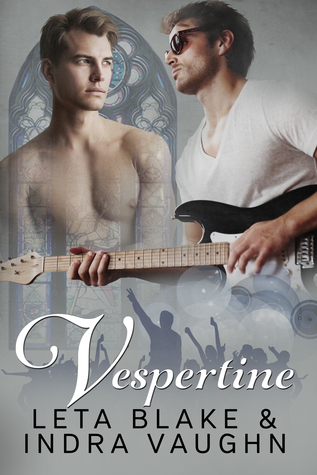 What would you do for love?

Would you give up your entire life for someone else, even if it was forbidden.....

Father Jasper Hendricks had found the calling at a young age.

It was what he wanted to do with his life but he had to give up the one thing he truly loved, Nicholas Blumfeld.

Nicky or Nico Blue as he was now known, was a star.

His band was world famous and he should have been happy.

His life however was a constant round of pain, sadness and drugs.

When things got too much for the band they decided to all take a break and Nicky went back to the only real home he had ever known.

After an unsuccessful confession where he tries to make contact with Jazz again, he goes to his parents house to hide and recover.

The trouble is, even here he can't escape the memories, he and Jazz grew up together and everywhere he looks he is reminded of what was ripped away from him.

This unhappy reunion is not only hard for him, Jazz is having feelings which he has denied himself for years.

When things start to go wrong at Blue Oasis, a shelter he runs for troubled teens in the LGBTQ community, he has to visit Nicky's dad for advice.

Despite wanting to stay apart, they find themselves being drawn back in to the only love they have both had.

They begin to spend time together and slowly the pain eases for both of them. They discuss reasons why things happened and gradually begin to realise that they have both been hurt.

Can Jazz give up his true calling in life?

Can Nicky give up the drugs and his lifestyle?

Can they go back to how things were when they first loved?

When Nico has to go back to be with the band and tradgedy strikes, Jazz realises just what he has lost and regrets the decisions he made.

This was a truly beautiful love story, I know some people may shun it because of the relationship being between a priest and a rock star.

I don't think it matters who you are and what you do, if you love someone then nothing else counts.