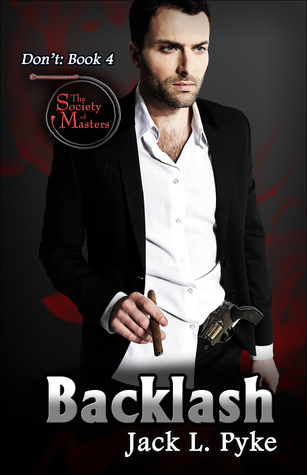 Ok so this is the 4th book in the series and it just keeps getting better and better.

Jack has been released from the psych unit, Gray is out for revenge and Jan is just trying to cope......

For his own sanity he is trying to maintain a safe distance from Jack and Jan, what he really wants though is his lovers back.

He knew he loved Jack but didn't think he would fall in love with Jan as well.

The twists and turns in this story had my head spinning, it's fast paced and truly genius with things coming that you would never guess.

As much as Gray wants to look after his lovers, he is suffering badly himself, the guilt at what happened is eating away at him.

He promised to protect them both and he failed.....with the worst possible consequences.

Jack tries hard to keep it together, wanting both his men to be able to reach out to him.

The connection they all had is still there but the fear of what happened is proving too much to forget.

Every time they try and get close the nightmares return, even if they are awake!!!!!

Of course the one person nobody wants to see but is the key to the whole thing, is Martin.

Jack knows what he has to do but will he ever be able to fight his way back?

Will Martin hurt them all again?

Will Jan cope with seeing him?

When he does finally make an appearance, the revelations are astounding.

The book was a total heartbreaker and by the end i wanted to hurt someone.

These men deserve some happiness after all they have been through, I am just not sure if they will ever find it.....

5 out of 5 totally deserved stars.