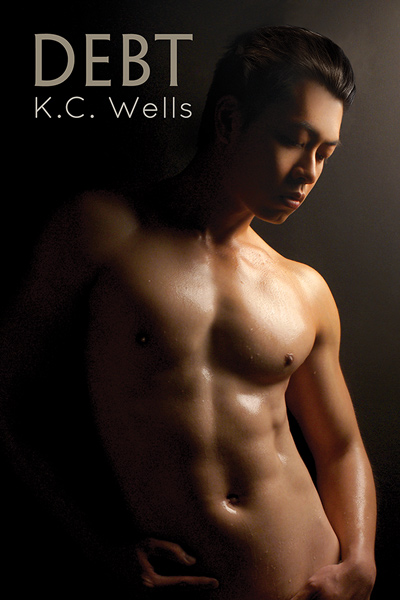 K.C Wells never fails to blow me away with her books but this was on another level....

We get taken in to the seedy underground world of kidnap, prostitution and drug dealing.

Her writing lets us feel the heartache and despair of a young man being held to pay off a debt for his brother, one that he will never escape from.

Made to do whatever the men paying for him desire, even if that means being beaten, humiliated and used till he has nothing left.

When we first meet Mitch, newly dumped and alone, he finds himself on a night out with a friend, somewhere he never thought he would be.

What seemed like an innocent club turns out to be a brothel and although he was lonely could he really see himself paying for sex?

About to leave he spots a young man in the corner trying very hard to stay hidden.

Something draws him to the beautiful Nikko and he finds himself in a room with him for an hour.

If he thought it was just about sex, how wrong he was.....

What he found in Nikko's arms was love.

Nikko had been trapped by his brother's mistake and there seemed to be no way out.

When Mitch came in to his life however he thought he might have found a way of getting through his existence, a perfect man to hold him sometimes and that could keep him company in his dreams.

When Mitch finds out what is going on he turns to his family for help.

Will he be able to help Nikko escape the living nightmare he is caught in and make him his own.

Can Nikko accept that Mitch truly loves him and isn't just being kind to him for sex.

This story kept me gripped and was finished in one sitting.

I know I was reading a brilliant work of fiction but the fact that this is real life for some made it harder for me to let it go.