The Viscount and The Artist by Alyson Pearce 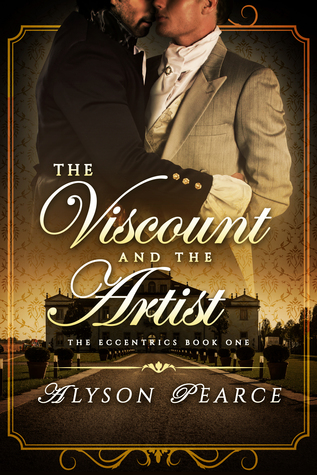 With a death in the family, Andrew Cardwell has suddenly become Viscount.

Recently back from war, it's not something he wanted but he has a responsibility now and can't remain as hidden as he would like.

Jeremy is an artist, as a  friend of the family he has dreamt of Andrew for years but as a commoner and the fact that being gay is punishable by death, he has kept his yearnings hidden.

When he is commissioned by Andrew to paint his portrait with the promise of being taken to London to find a sponsor, he is thrilled but wary.

Between the two men they have many obstacles to face.

Andrew has to find a bride to carry on the family name, Jeremy is completely innocent when it comes to men.

Embarking on a journey together it seems their future is going to be a difficult one.

This is a bittersweet story of a time when things were so different, classes were more clearly divided and loving another man just wasn't allowed.