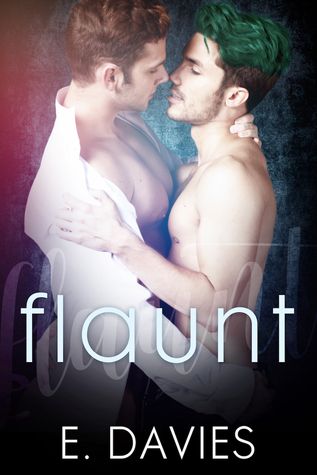 When Nic moves to L.A to try for a new start, he never thought his job would help him find his future.

Being a trans computer programmer doesn't exactly leave him thinking it's going to be an easy ride but when he starts to do some work for a small charity he meets Kyle, a force of nature who is out, proud and so flamboyant it hurts his brain.

After they hit it off in a bar, Kyle discovers that as a trans man, for the moment, Nic has a rather small appendage. This isn't going to stop him going after the nerdy guy he has been dreaming about since their first meeting and there are other things he can think of to do with Nic that will literally blow his mind.

Feeling fully accepted for who he is, Nic is slightly disappointed when he realises Kyle is a one night only type of guy. Well he was until he met Nic.

Kyle can't understand why he can't get Nic out of his head. He has a complicated life and responsibilities that should come first. What he needs to get his head round is that Nic is the type of man who could share these with him.

When an attack is made on his place of work, Kyle finds himself relying on Nic more and more.

Will they both be able to see past their insecurities and give in to their feelings.

A very well written book that lets us see that life isn't always easy and we have to fight to overcome prejudice.