Could You Love An Apple? by Becky Jerams 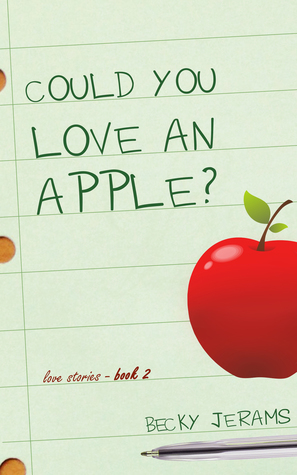 When Taylor decides to leave his life behind and start again, he thinks it will all be simple.

He tries to keep himself to himself in spite of the local girls at his college trying to involve him in a small country life.

Stumbling on a quiet pub on the outskirts of town, he finds more than a place to drink. He finds himself drawn back to the Apple Inn time and again and it's not just for the Jack and Coke....

Benjamin Apple gave up his dreams to help run the family business.

There isn't many opportunities for a young gay man in the village but Taylor catches his eye.

A push and pull between the two begins with Ben trying to take it slow and Taylor trying to keep his distance, even though he doesn't want to. He knows what sort of person he was in his previous life and Ben deserves more, after all he was picked on by someone who was just the same as Taylor.

When he finds himself more involved with the whole family, helping to run the pub and admitting to old friends he might finally be happy, he thinks he has found somewhere he might fit but when a face from his past turns up he knows the end of his new life is getting closer.

This was a really sweet book to follow the first in the series.

I t made me feel involved in the story which is always a good thing.