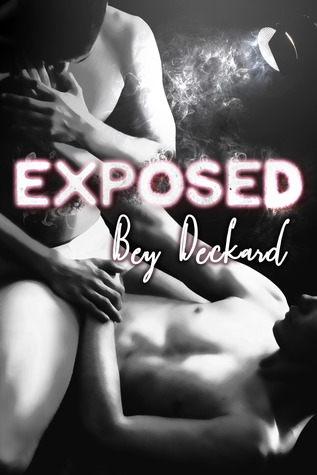 Emyr is a rising rockstar. He's Welsh, in his 20's and sexually not very experienced. And straight.

Greg is in his 40's. He's Canadian and works as a graphic designer and is a keen photographer. He is gay and sexually aggressive. He prefers dominance and pain and all sorts of kinky stuff.
When the fates align to bring these two men together it seems as if they have nothing in common except explosive chemistry, but is it enough.
Greg gives up everything to follow Emyr around the world on tour as his official photographer and social media guru but also to see if their dynamic will work - and does it ever!
Bey Deckard is a master of words. It's not so much what happens in the book as to the way Bey describes it. He lets us inside the head and hearts of his characters and I felt every minute of their angst, joy, doubt and happiness. The way he so aptly sets the scenes makes it easy to visualise and without giving too much away, certain recurring words and actions make for an intensely hot read.
The relationship between Emyr and Greg is so interesting and a great mix of emotions. Emyr's voyage of discovery is exquisite while Greg is battling demons from the past that make him question every move he makes with Emyr sexually.