Who We Are by Nicola Haken 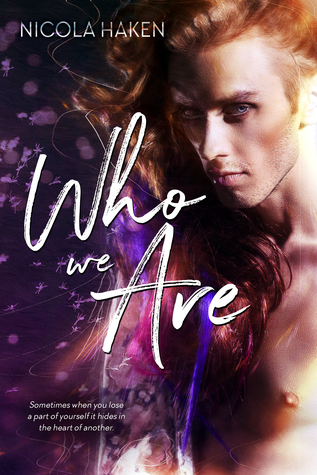 Oliver had put all his hopes and dreams on hold and was just about surviving.

When his mum got sick and died, he knew he had to step up and look after his little brother. He was trying his best but with the teenage years upon them it wasn't always easy.

Sebastian had always known he was bi, it didn't often lead to the multitude of relationships that everyone expected, just because you liked both sexes, didn't mean you had twice as much choice.

Years ago he had made a baby with his best friend and Scott was his world.

Meeting Ollie while he was working his second job however was going to change his life.

Miss Tique was his stage persona but sometimes the make up carried over in to his everyday jobs. Not sure if it was the red hair or the purple lipstick but he didn't want to let Ollie go.

For both of them, wary was a way of life but they slipped in to an easy relationship.

Life however had other ideas for the two of them and when the going gets tough, would both of them face it together....

This is a beautiful story about love, acceptance, family and friendships.

I always look forward to this authors new releases and although I didn't ugly cry at this one it was still worth the wait.