An Infatuation by Joe Cosentino 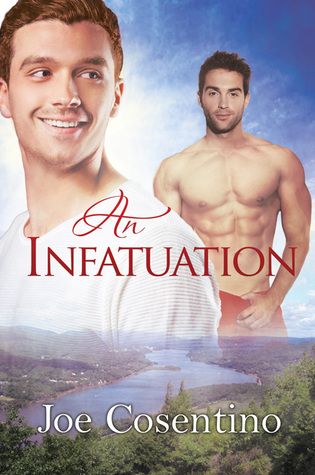 This book has the saddest happy ever after that i have ever read.

We start the story with a married couple, Stuart and Harold. They have been together for 19 years but its a story that started 20 years ago that is waiting to be told.....

Harold High is a typical geek, not good at sports and constantly picked on at school.

Mario Ginetti is a high school jock, on the football team but he wont be for much longer if he doesn't get the grades.

This is where the story begins....

Harold is paired with Mario in class and agrees to help tutor him so he can get his grades up. They spend long evenings together which for Mario is an excuse to get in a few more push ups and for Harold it is an excuse to watch.

He is not so secretly in love with the hunky male currently lifting weights in the middle of his bedroom.

After many long evenings it seems that Mario might be starting to get some feelings himself when he kisses Harold hard and fast.

For Harold this means the start of something special but to Mario its a mistake, one he doesn't want anyone to find out about.

Things get awkward between the 2 and eventually Mario decides he has fallen in love with a girl. Harold knows it is only a way to cover his true feelings but Mario will never admit it.

If his father found out who he really wanted to be with, the beatings he took daily would only get worse.

Eventually life goes on and the two part ways and go to college, bumping in to one another over the years.

It is at their ten year high school reunion where Mario reveals his biggest regret was not acting on his real feelings towards Harold.

This is a beautiful story of a love that for one of the men spans a lifetime and for the other will never die.

Sadly predjudices and outdated views keep the two of them from having a life together that they could only have dreamed of.

I really loved this book and having an ending that made me laugh and cry at the same time is testament to the brilliant writing.